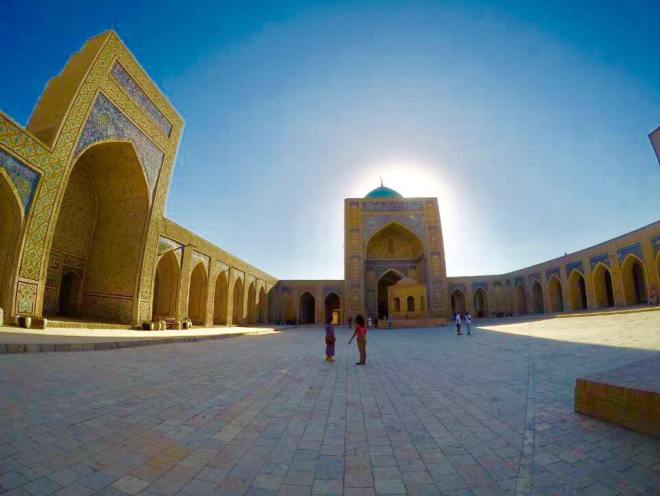 While the car was at the mechanic getting a new sump guard, we explored Bukhara and its very rich history influenced by the Zoroastrians/Persians, the Arabs, the Turkish tribes, the Mongols, the Silk Route, the Bolsheviks, and finally the independence in 1991. We again heard a bunch of Hodja Nasreddin stories

😂
Here’s one for you:
One day the town’s proud philosopher made an appointment with mullah Nasruddin to have a scholarly discussion. On the scheduled day, the philosopher turned up at Nasruddin’s house only to find it locked. The philosopher angrily scratched “jackass” on Nasreddin’sdoor, and then left
When Nasruddin finally came home and realized that he had missed his appointment, he darted off to the philosopher’s house.
“Forgive my error,” Nasreddin told the philosopher when he got there, “I was caught up elsewhere today, but when I got home and saw that you had written your name on my door, I came here as fast as I could.”

The sights in Bukhara were a mix of mosques and madrassas, and arts and art workshops that flourished during the Silk Road times. Most of the mosques are in a shallow pit (i.e you climb down a few stairs to get to the courtyard and the mosque building) as they used to be Zoroastrian temples with fire pits. Apparently these fires were started using sun’s rays during the equinox in March and kept alive throughout the year.

The workshops showcased ceramics, metal works, weaving (Ikkat or tie dye seems to have originated here), carpet making, and woodworking.
Pictured here is the Ismail Samani Mausoleum – the founder of Samanid dynasty and first ruler to denounce Zoroastrianism and embrace Islam. The building has stunning terra-cotta brickwork – bricks laid out is many different patterns in all 4 sides. 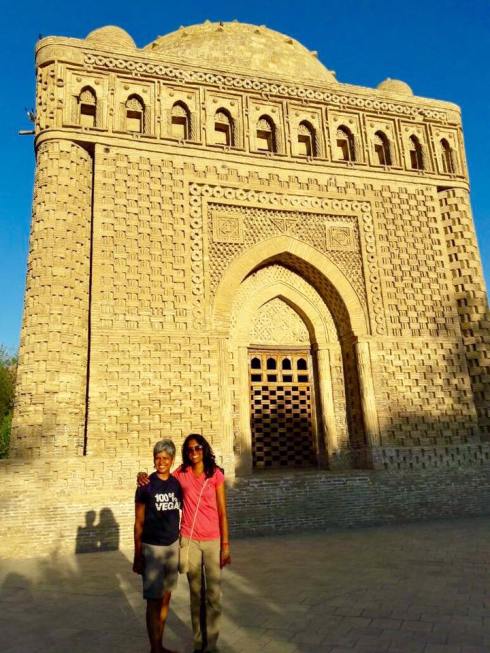 We walked around and learnt a bit of history today. Help rural children in India learn a bit of history by sending them to school instead of to work in farms and factories by donating at http://happyharriet.co